A two-hour river cruise for $8. Something didn’t feel quite right about this. You can only just get a beer for that price. This cruise was also holding out the possibility of us seeing some dolphins. For $8.

There is only one sailing per day on the Port Adelaide Dolphin Express. We arrived at the harbour just in time for the 11.30am departure.

We were blessed with a beautiful blue sky and no hint of wind. These were ideal dolphin spotting conditions. At least that’s what the man said who was taking our tickets as we walked down the gangplank.

We were poised to jostle for a prime dolphin watching spot at the front of the boat, until we discovered that there was only one other person waiting to challenge us. Nearly all the other passengers had decided to sit inside to be served their lunch. It was $20 for a cruise and lunch, so we’d been ultra-frugal and made our own sandwiches – cheese surprise as normal.

As well as the extra cost, I couldn’t see the point of coming on a dolphin cruise only to sit indoors and eat fish and chips. The cruise was two hours long, so I don’t think anybody would have starved if they’d skipped lunch and enjoyed the view.

It didn’t look the most promising spot for wild dolphins. 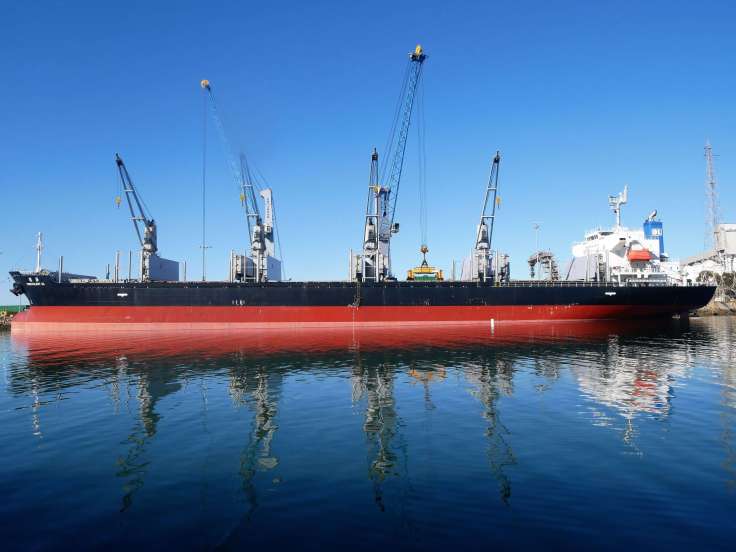 But within fifteen minutes of leaving dock we were flanked by at least three dolphins. They appeared to be racing us, starting out on the right side of the boat, disappearing for a few seconds, before magically reappearing on our left. Or, as the ship’s captain put it, they started on starboard before heading to port. I think that’s what he said anyway.

We hung precariously over the front edge of the boat to get the best possible view. I told the kids to hang on tightly while I took some photos, safe in the knowledge that they’re both good swimmers. 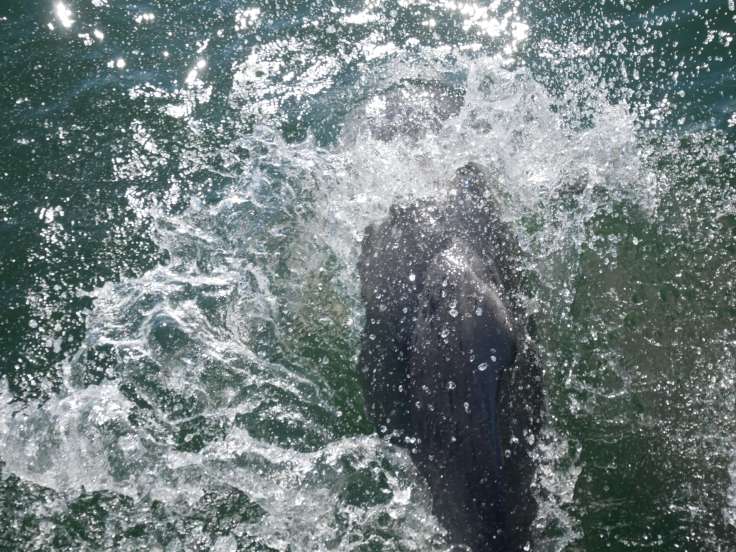 The cruise had already been a success as far as I was concerned, but we continued to spot dolphins for the next couple of hours. Some of the groups kept their distance, with just their fins visible above the water, but others came close, leaping into the air just metres in front of us.

It was incredible to see these animals in their natural habitat, powerful enough to easily out pace our leisure cruiser.

At the Port Adelaide maritime museum, we learned about the ongoing risk to these wonderful creatures, posed by river pollution and general human carelessness. Let’s hope that Adelaide remains home to the largest group of city dwelling dolphins in Australia for a long time to come.

In case you’re interested, here are five interesting dolphin facts gleaned from our trip to the maritime museum:

4 thoughts on “Best Place To See Dolphins In Adelaide”