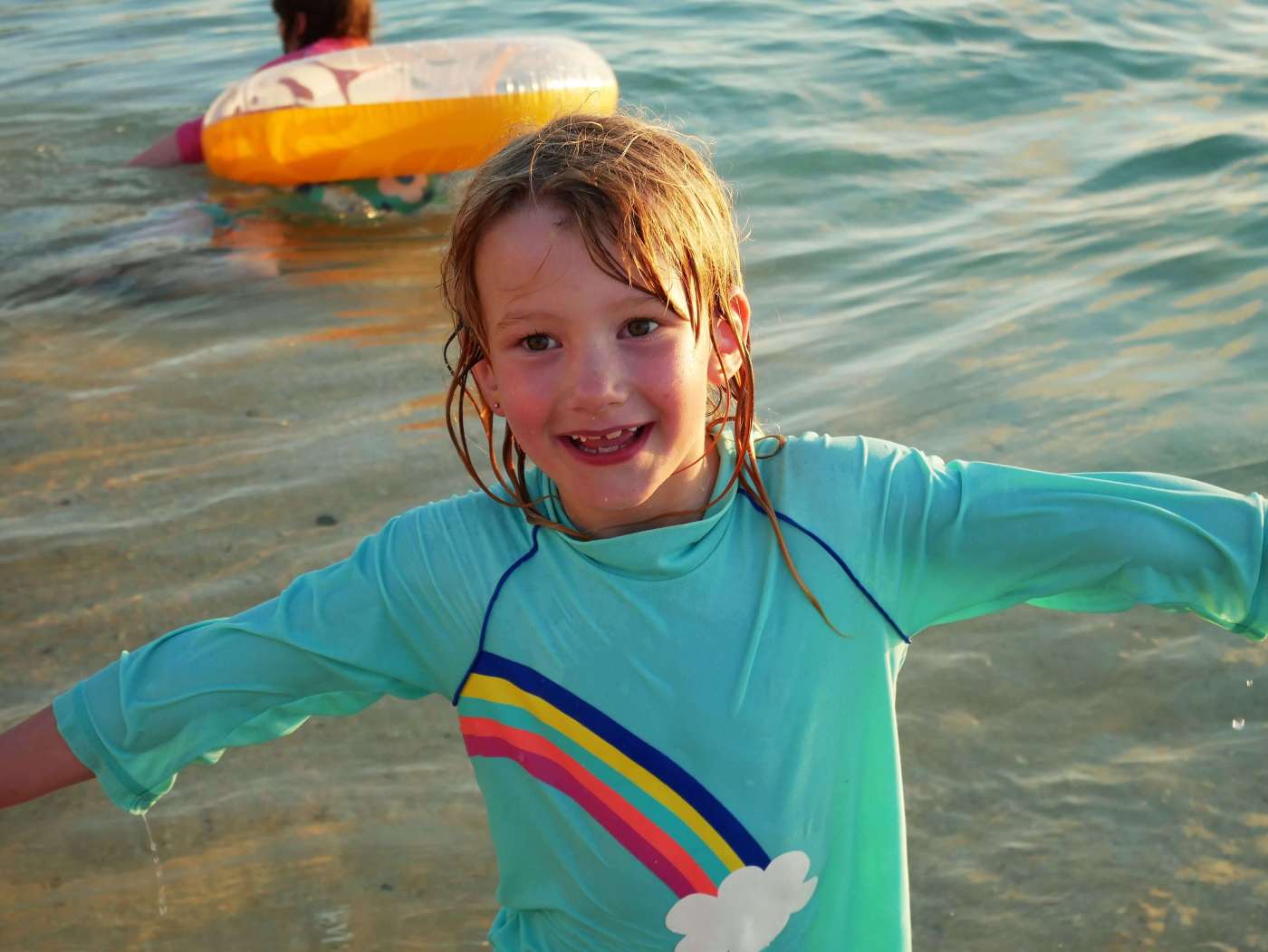 Crossing the Pacific from Australia to the USA, it would have seemed a shame not to drop into Hawaii for a spot of beach time.

I’d booked our flight to Hawaii before we left the UK, because you need an exit flight confirmed in order to enter Australia. I don’t understand this rule, since if you were determined to hide in the outback then I’m pretty sure you could simply cancel your flight or not turn up at the airport.

It was a ten-hour flight from Sydney to Honolulu, although we managed to arrive before we took off, courtesy of crossing the international date line.

After landing in Honolulu, we were quickly submerged in tropical trees as we headed to the quieter east coast of O’ahu. It quickly became apparent that we were driving around the remnants of a giant volcano, now carpeted with a green baize of foliage.

Despite the rising temperatures and a local time of 10am, we were all ready for instant sleep by the time we arrived in our new home, in the small village of Ka’a’awa.

I had big plans to visit Pearl Harbour one day, but we spent most of the week luxuriating on the beach and enjoying the novelty of genuinely warm sea water. The kids couldn’t quite believe the sea could reach the same temperature as their bath. Even Anja managed to dip her toes into the water, having avoided any contact with the sea since our first couple of weeks in New Zealand.

The east coast of O’ahu seemed relatively undeveloped, with none of the high-rise hotels of Honolulu and few visible tourists. Most of our days on the beach were spent with locals, enjoying a long weekend camping by the shore. Entire extended families appeared to have decamped for the weekend, setting up miniature villages on all available patches of grass.

Once the long weekend had passed, we had our pick of the best spots on any of the local beaches.

Sunset beach on the north-east coast was our personal favourite. Travel brochure quality golden sand, some nice gentle waves for the kids to ride, and a small reef within ten metres of the shore for some leisurely snorkeling.

I did eventually manage to drag the kids off the beach for just long enough to pay a brief visit to Pearl Harbour, but only on our last day as were heading back to Honolulu airport and they didn’t have much choice but to join me.

I was pleased that we at least paid our respects, and the kids were in stitches because I tried to enter the active naval base through a military check-point. My UK driving licence was not sufficient to gain entry to the military base, so we had to settle for the tourist car park, which had less stringent entry criteria.

A site of such historic importance no doubt warranted a more extensive visit than we managed, but with a plane to catch we only managed a whistle-stop tour.

Finally, I need to make a special mention for Uncle Bobo’s. When we first arrived in Ka’a’awa the food options appeared limited to a 7-11 store attached to the local petrol station. Whilst I am sure that 7-11 offers an excellent range of food in case of emergencies, the thought of a weeks’ worth of spam sushi wasn’t that appealing. Fortunately, in stepped a small barbeque joint called Uncle Bobos’. I got the sense that the restaurant had almost got too popular for its heavily over-worked owners, but we couldn’t get enough.

Heading for the US of A and then Canada, that is assuming we’re allowed in and haven’t been caught in one of Mr Trump’s latest security initiatives. We’re visiting Seattle and then catching a train to Vancouver.

I am also currently in the midst of revising our travel plans. We have decided to head home after six months rather than our original plan of travelling for a year. Logically we should head east across the USA or Canada to complete a neat circle of the globe. However, we’ve decided instead to spend some time in Asia, so I’m scrambling to find the cheapest and least painful way of getting from Vancouver to London, via Asia.