Sea to Sky. Vancouver to Whistler. Anja and I have been here before, back in the days before children arrived on the scene, but we were so pleased to back. Vancouver is a lovely city, that seems to contain everything you might want, in a setting that’s pretty hard to beat.

On the Pacific west coast of Canada, you can take a swim in the morning and be on the slopes of Whistler in the afternoon. We didn’t feel the need to test out this common refrain of Vancouver tourist brochures, but hopefully it gives you a sense of the possibilities.

We’d managed to land a stay in a new Airbnb location in West Vancouver, in a ridiculously expensive looking location, with views back across the harbour to Stanley Park. Ok, we were staying in the basement, but our house for the week was enough to have me frantically searching property sites to assess the feasibility of extending our stay permanently.

Our Airbnb host had a brummie accent, which took me slightly by surprise. We were a long way from Birmingham, in every sense. It was nice to have a chat about home, but after five hours on the train from Seattle, it was time to stretch our legs in Stanley Park.

Sprawling across 1,000 acres, we didn’t quite have time to see all of Stanley Park, but we managed to burn off some steam and made the first novelty wildlife sighting of our stay in Canada. It wasn’t the bear that we were looking for, yet, but a wild raccoon was a nice start and it gave the kids (and me) a reasonable fright when it scurried across the path ahead of us. 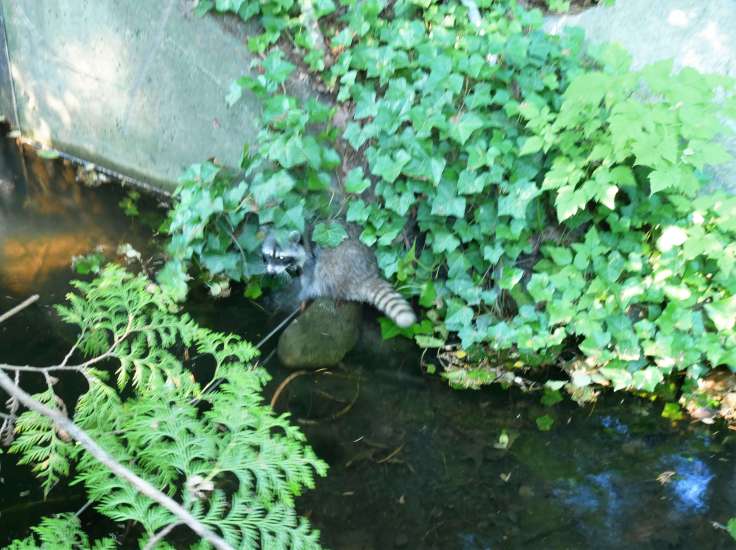 We spent the next few days pottering around Vancouver, but mostly we kept coming back to Stanley Park. It was warm enough on our second day to brave the open air lido, but otherwise we were content walking in the woods and keeping our eyes peeled for bears.

Once the kids had concluded that we weren’t going to spot any bears in downtown Vancouver, it was time to hit Granville Island, with the promise of some shopping (for Kiera), a Children’s museum (for Lexi), and a micro-brewery (mainly me).

Rather than taking the direct and boring option of driving to Granville Island, we decided to make the most of Vancouver’s public transport. A ferry across Vancouver Harbour, followed by a few stops on the metro, and then a 10 minute water taxi ride. We arrived later than if we’d taken the car, but now free to explore without any arguments over car parking spaces.

Perhaps inevitably we spend the majority of the day at the Children’s museum, which was really a collection of toy shops, video games and an indoor soft-play. But the real attraction of Granville Island is the incredible collection of food stalls in the covered market, which kept us well stocked up on calories while we took turns waiting for Lexi to emerge from the ball pool.

On our last visit to Canada, Anja and I spent two weeks failing to spot any bears. This time we were determined to at least get a glimpse of a real life, wild bear. So we packed the car for a short drive up the Pacific Coast highway to Squamish, which was to be our base for the next few days.

Shannon Falls was worth a pit stop and allowed the kids to practice their Bear Grylls survival skills by pretending to hunt salmon in the ice cold river.

There wasn’t much to distract us in Squamish, but it was half the price of staying in Whistler, which was our real destination. On our very first drive into Whistler, when we weren’t expecting to see anything apart from other cars, Anja suddenly screamed in my ear “BEAR!”.

All along the road into Whistler are signs saying not to park along the road to spot wildlife, so I took the only sensible course of action and performed an emergency stop and turned the car around to find our bear. After searching for a safe verge to park, we scrambled out of the car, at this point hoping the bear hadn’t decided to come down the valley to meet us personally.

My photos don’t do any justice to the five minutes of excitement that followed. An enormous brown bear was lolloping across the valley, no more than 200 metres from where we were now standing, paying us no attention whatsoever as it calmly ambled around looking for food. 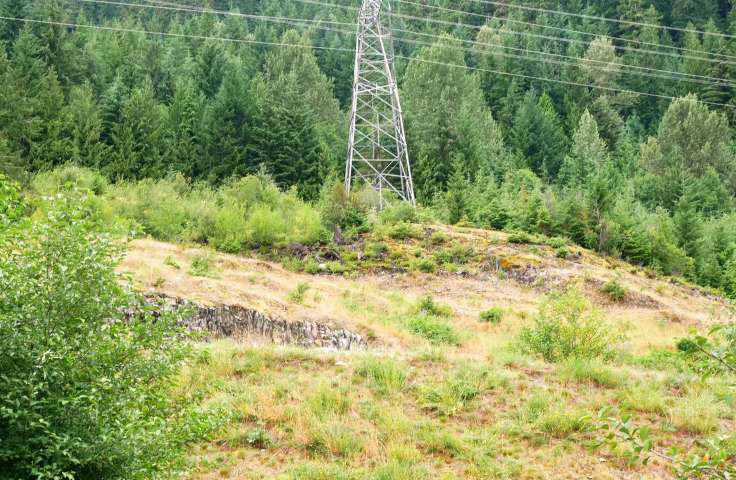 A few more cars joined us on the side of the road, which is exactly what must drive the locals crazy. So as the bear started to disappear from view, we carried on to Whistler, now content that we didn’t need to spend the next few days frantically searching the undergrowth for signs of bear poo.

Perhaps the adrenaline had impaired our judgement, because we then decided to hire some mountain bikes to explore the miles of mountain wilderness that surrounds Whistler. The last time that we all went for a bike ride was at least a year previously, along the much less mountainous and much better tarmacked Bristol to Bath cycle path.

After freewheeling downhill for almost half an hour, the thought occurred that at some stage we’d probably need to retrace our bike tracks in an uphill direction. Several hours later still, we staggered back into Whistler, looking like members of some long lost mountain tribe.

We spent a couple of days exploring Whistler and its surrounding maze of cycle paths. The kids loved taking fun of us on the bikes and spending money on the raft of adventurous amusements on offer. I enjoyed the views and the ready availability of coffee shops and pubs. Anja was just pleased we’d finally managed to spot a bear. 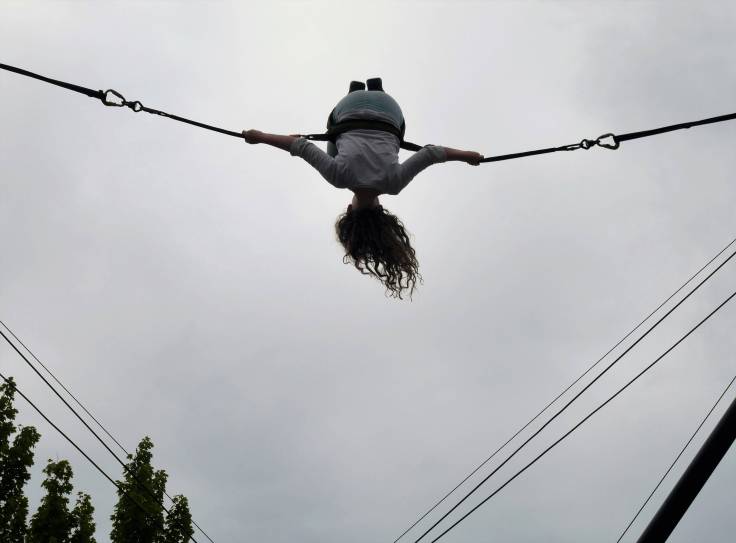 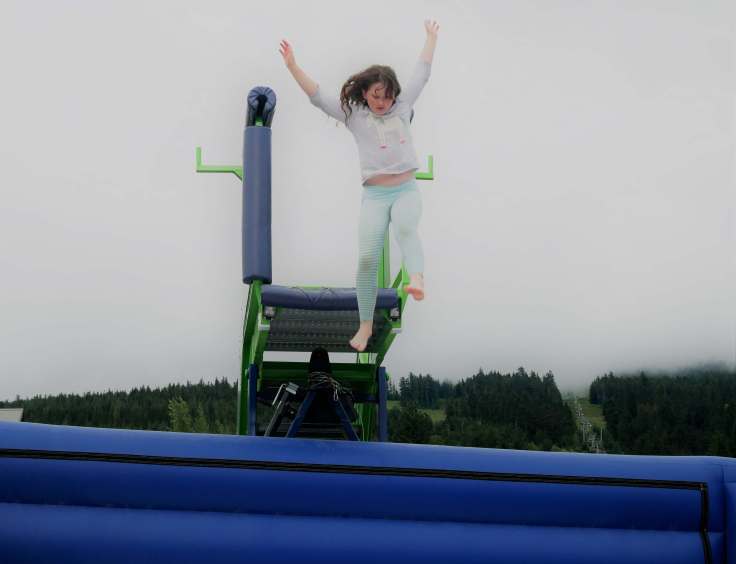 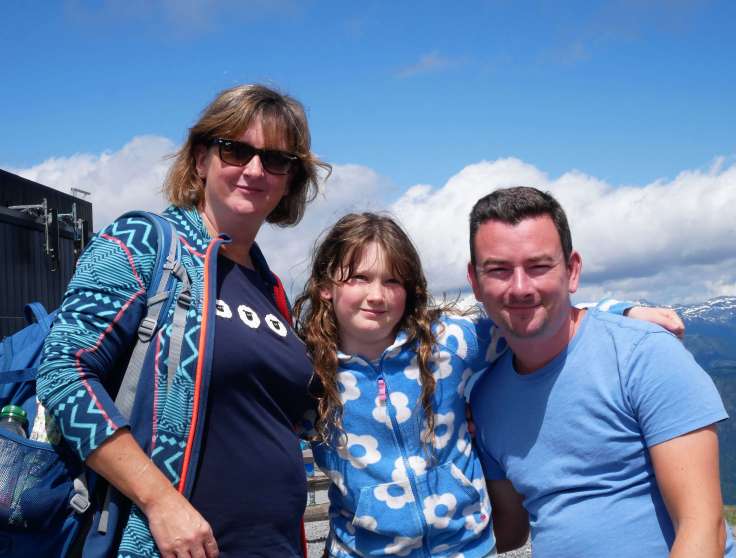 It’s been quite a while since my last update, and we are now safely tucked up at home in the UK, digging ourselves out of snow drifts following some unusually cold weather. However, in the distorted time that represents how long it is taking me to complete the blog of our trip, we are now heading into some distinctively warmer weather with a visit to Hong Kong and Singapore, followed by our final stop in Sri Lanka.