We are a family of four from England, preparing to take a gap-year to travel round the world. 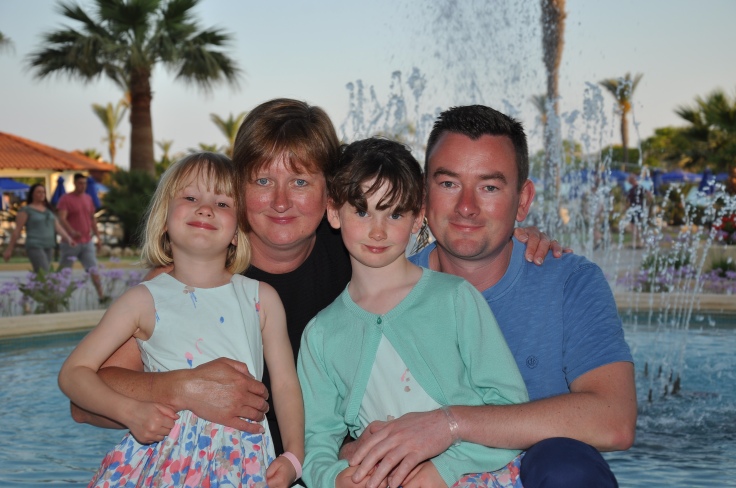 Chief medical officer and mum; travel agent and map reader, with our two most important (and vocal) crew members: 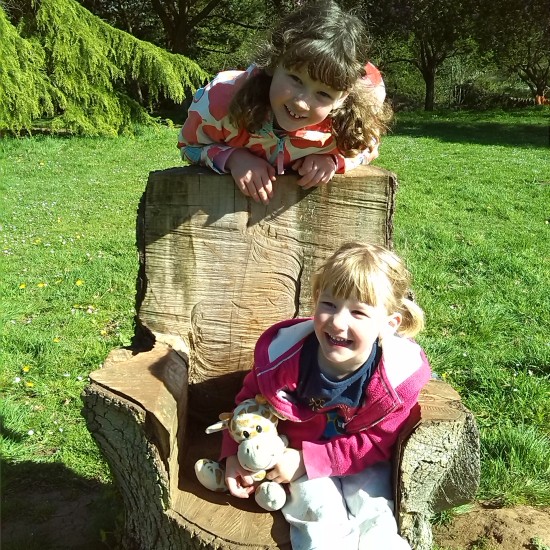 Why Take A Family Gap-Year?

I have always wanted to go travelling, but there are lots of practical reasons to explain why this hasn’t happened. The main reasons being; a lack of money; wanting to progress my career; having kids; not really thinking that taking a gap-year was even an option.

Anja did some travelling with her best friend before we met, but my most adventurous trip to date was one month inter-railing across Europe. We have had some nice holidays together as a family. Anja and I spent two weeks in Canada, exploring Vancouver and driving across the Rockies to Calgary. We went to India for our honeymoon, and have taken the kids to Portugal, Spain, France and Greece.

I am now in my mid-thirties. I have a good job that I generally enjoy. I have a family to support and a mortgage to pay. I am not someone who is prone to making rash decisions.

But sitting at my desk one Monday, eating soup from the canteen while rain streams down the window, I made potentially one of the biggest decisions of our lives.

I was inspired by reading about a family from London, who were planning to go away for a year. They appeared to be serious about making this happen. A little voice inside my head said, of course, it was possible for another family to do this. They were probably sat in a million pound London home with a nanny to take care of the kids.

But then I decided that we needed to take a year away from work and go travelling as a family. I still needed to work out some of the finer details, such as whether this was possible.

When I say I decided, what I mean is that this plan made absolute sense to me. Having had the idea of taking a family gap-year, it was pretty difficult to turn back. The prospect of waking up in twenty years time to find that I was still dreaming about this filled me with fear.

I couldn’t hold onto my brain wave for long, but I was nervous about explaining my “plan” to Anja, in case she decided that I was having a mid-life crisis. I walked through the logical steps needed to make this idea a reality, but the most crucial first step was that we would need to sell our house to help fund a year off work.

The prospect of selling our family home seemed pretty drastic, and possibly very unwise. I also thought that there was a very good chance that Anja would suggest I seek some counselling.

Miraculously, Anja did not need much convincing that my half-baked scheme was actually a great idea for what we should do with a year of our lives. Despite the usual stresses of daily life, it was reassuring to know that on the big questions in life we could seemingly agree so easily.

Anja’s main concern, which I hadn’t fully anticipated, was what we would do with our pet dog. From my perspective, if finding a temporary home for a labrador was all that stood between us and a family gap-year, then we were off!

A Few Questions To Answer

There were some other important details, which at this stage we still needed to work out, such as:

But don’t worry, it is on these important matters that I plan to keep you fully updated over the coming months!

Why Keep A Blog

Which brings us to why I am writing this blog, which isn’t something that I have done before.

The idea is that this blog will act as my way of planning the trip, leaving written evidence that we are serious about this for whenever we might have second thoughts.

I am also hoping that I can use this blog as a good way of staying in contact with family and friends while we are travelling, and to share our adventures with as many people as possible.

Finally, I want my kids to be able to look back in five or ten years time and be able to remember all of the adventures that currently lie ahead of us. I understand that taking a year away from school and leaving all of their friends behind will be a big deal, but I would like them to know that we are planning this trip because we genuinely believe that we will all benefit from a major change in the long-run.

I am convinced that now is the time to do this, before the kids get too old to want to travel with their parents, and before we get too old to leave the house.

Inspirational Quotes…for when we have second thoughts!

“If you don’t design your own life plan, chances are you’ll fall into someone else’s plan. And guess what they have planned for you? Not much.” – Jim Rohn

“Twenty years from now you will be more disappointed by the things you didn’t do than by the ones you did. So throw off the bowlines. Sail away from the safe harbour. Catch the trade winds in your sails. Explore. Dream. Discover.” – Mark Twain

“One should respect public opinion in so far as is necessary to avoid starvation and to keep out of prison, but anything that goes beyond this is voluntary submission to an unnecessary tyranny, and is likely to interfere with happiness in all kids of ways.” – Bertrand Russell