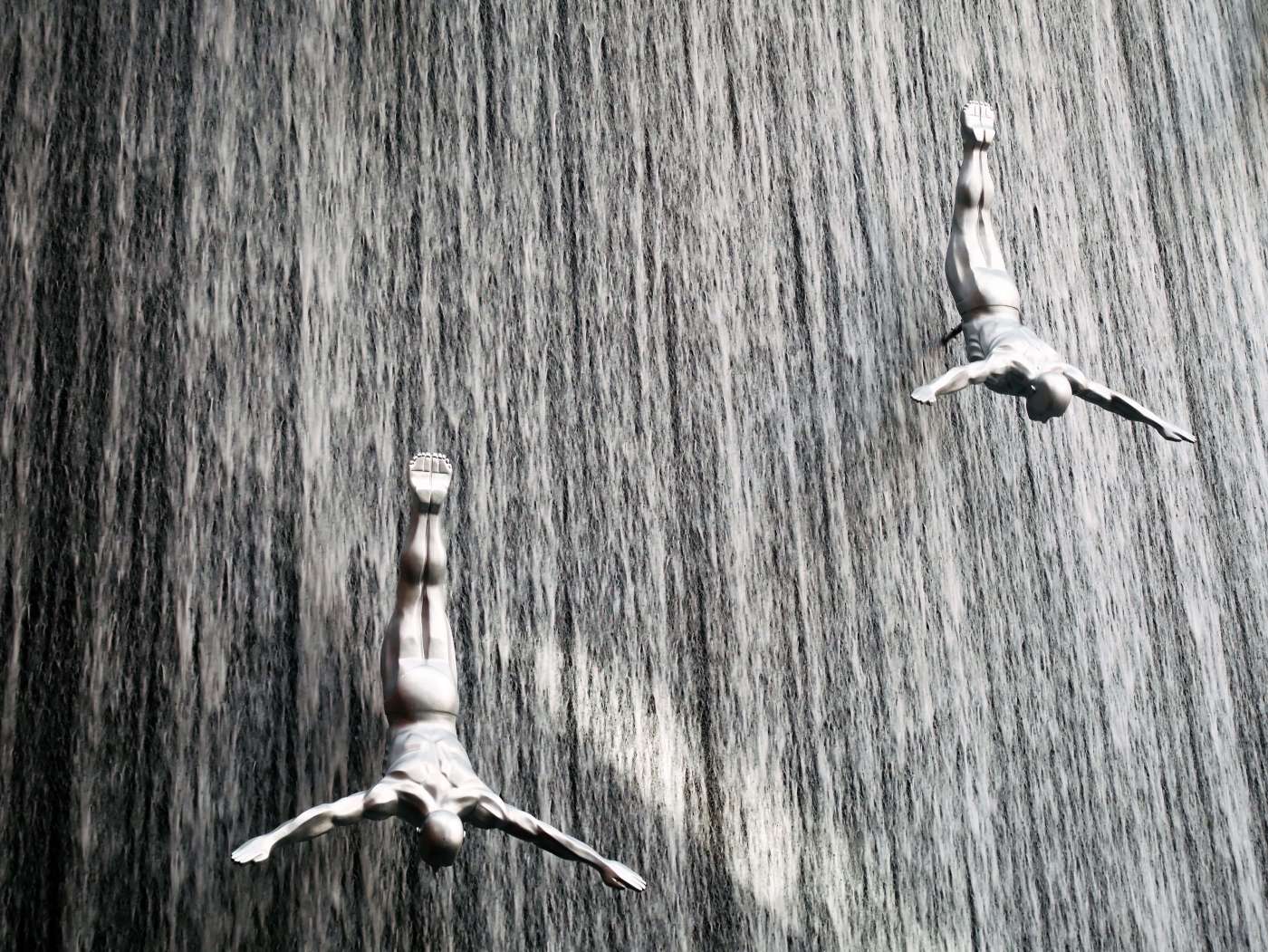 With Lexi’s hand firmly encased in a man-sized bandage, we decided to re-start our round the world trip.

Our plan is to start with six weeks in New Zealand, travelling via Dubai and Kuala Lumpur.

This may not seem an entirely logical starting point coming from the UK, but I have wanted to go to New Zealand for ever and now is hopefully a good time of year to visit. Warm enough for the kids to enjoy some beach time, but with fewer crowds than during the peak summer season.

Leaving Heathrow on a grey Saturday evening, we had a very smooth flight with Royal Brunei to Dubai. This was the kids first ever long-haul flight. It was also their first trip on a plane that wasn’t either bright orange or operated by a Dublin based airline that likes charging additional fees for breathing.

The novelty factor of in-board entertainment was a great help for this first leg. The kids had sussed the touch screen movie and game menu before Anja and I had finished unpacking the sweets from hand luggage. On the downside, there wasn’t much sleeping going on and we arrived into Dubai at 4am, a little tired.

Sleeping and Shopping in Dubai

With 36 hours in Dubai, we spent the first 8 hours catching up on some sleep.

Getting enough sleep is of paramount importance to this trip. Any lack of sleep can create potential problems, including general grumpiness, sporadic acts of aggression and occasional bouts of hysteria. This is all to be avoided wherever possible. It could be a long year otherwise, or possibly a very short one.

Refreshed after a few hours’ sleep, we decided to focus our limited time in one area of town. The temperature outside was scorching, for us at least, but there was a rather more comfortable feel in the Dubai Mall. So, that is where we decided to head for the day, to avoid heatstroke and to take a peek around the world’s largest shopping mall.

As you might expect, Dubai Mall contains a lot of shops. Luckily there are other things to do.

Not quite sure what an aquarium is doing instead a shopping centre, but Lexi is fascinated with all things under water and so we headed here first as a treat for being so brave with her hand. As an extra special treat, I even spent the money required to gain entry. 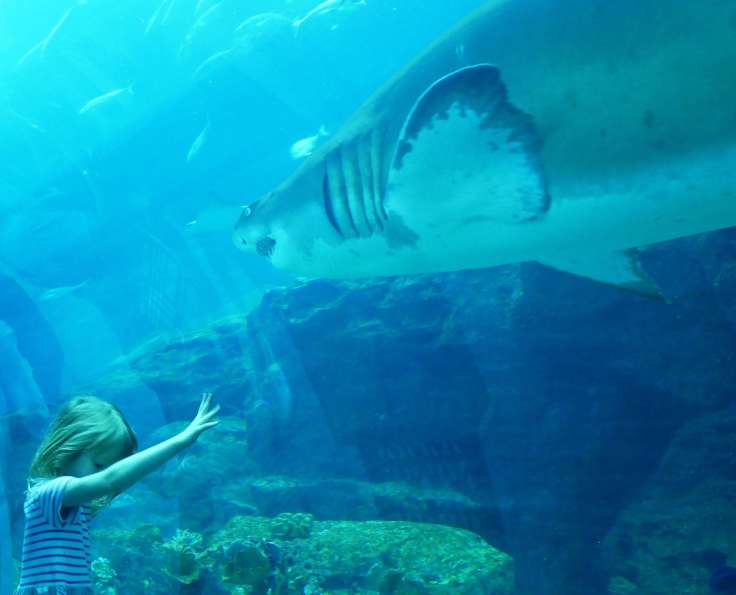 There is a very impressive glass tunnel that you can walk through and gaze up at sharks and stingrays, but the real treat for us was seeing the largest crocodile in the world (probably). It’s hard to convey just how big this thing was, but at first I assumed it was a display model because it looked too big to be a real thing. When it started moving it must have been at least 4 metres long and could comfortably have eaten all of us for lunch and still had plenty of room left for pudding.

After several hours in the aquarium we had to endure a few tense moments walking past the giant indoor Ice Rink. It didn’t really seem sensible to mix bandaged hands with hard ice and sharp blades. An ice-cream was called upon to provide temporary distraction, while we re-grouped and decided where to head next.

Luckily for us, Kiera decided we should look around a few shops just to check out what was on offer, and then we headed to the nightly Burj Khalifa fountain show. 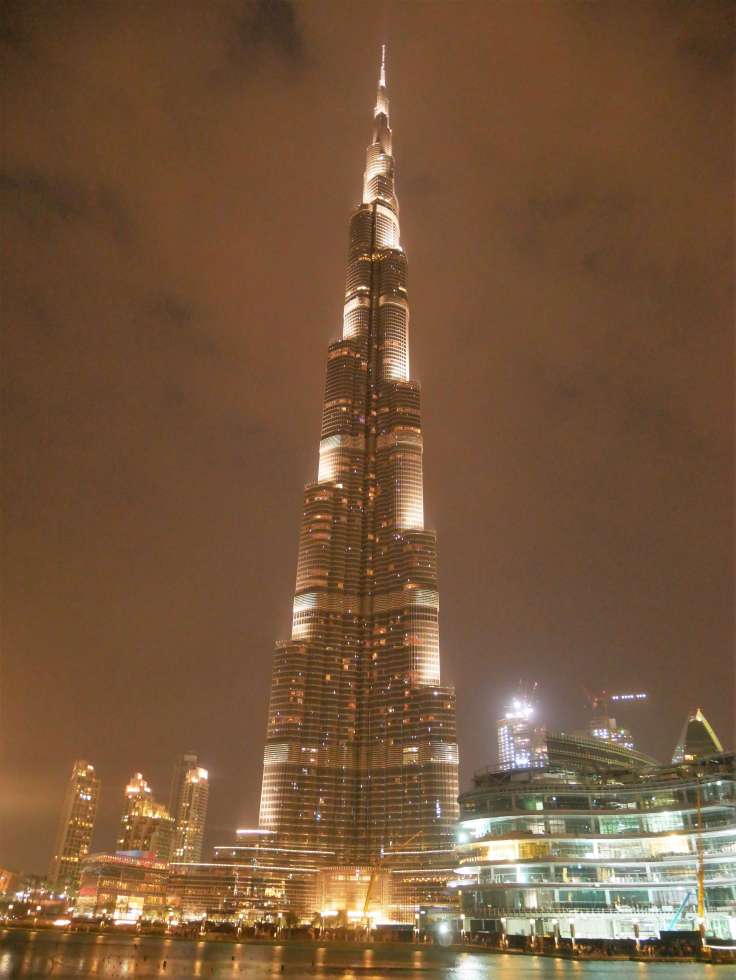 Being Dubai, the Burj Khalifa also happens to be the tallest building in the world. At 830 metres and containing 160 floors, this behemoth is more than twice the height of the Empire State Building.

This is hard to picture when you live in rural Gloucestershire and the tallest thing around is next door’s cowshed.

The fountain show was spectacular and entirely free, which was a double bonus. It is a similar set-up to the Bellagio fountains in Las Vegas, and designed by the same team, with an array of water fountains set in time to music. 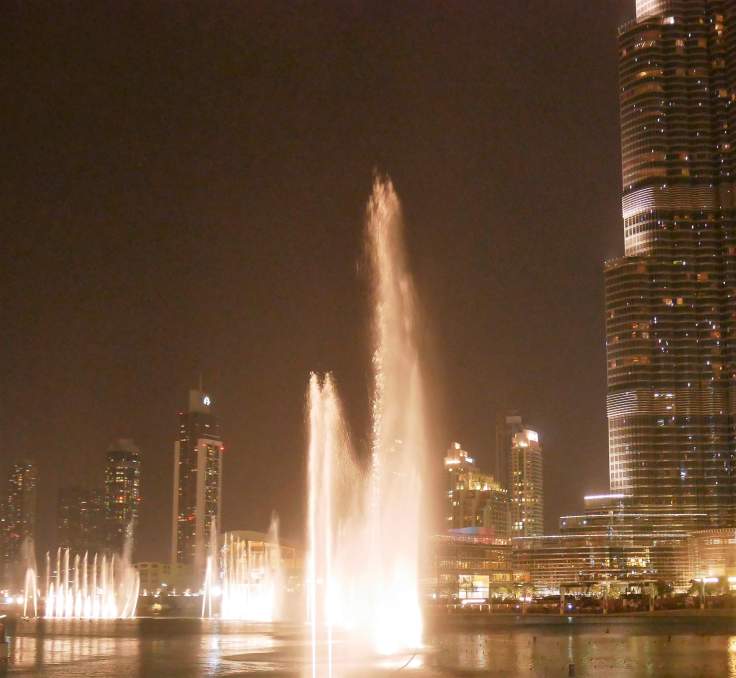 It would have been nice to spend more time in Dubai, to explore some of the old town and look for other world record breaking feats of engineering. But after walking several miles around Dubai Mall, we were now all ready for some more sleep, in preparation for our return journey to the airport.

Onward to Kuala Lumpur for a few days, and then Auckland.