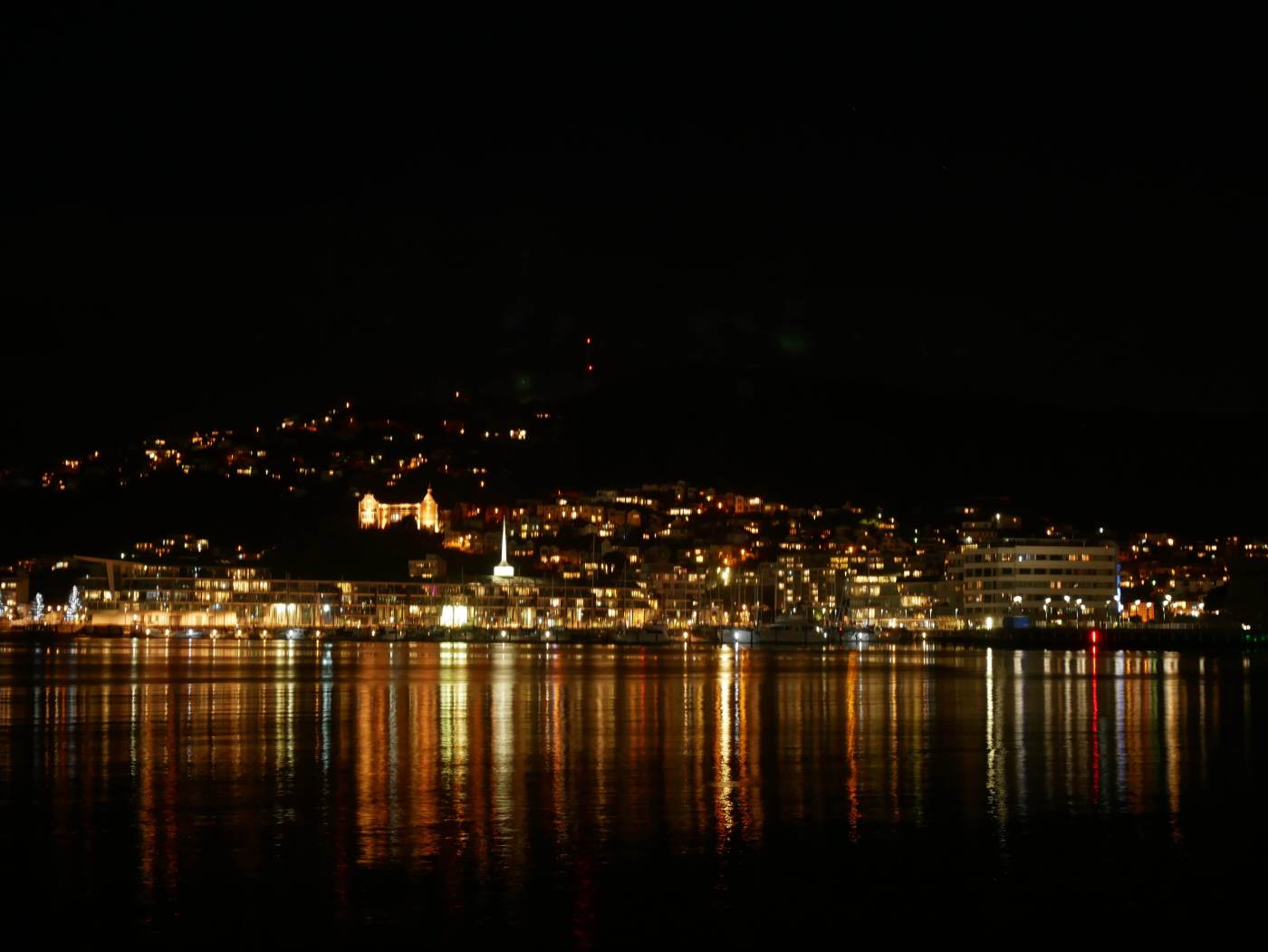 The 5-hour drive along SH1 from Waikite Valley to Wellington was reasonably uneventful, mostly passing through a series of open plains and dairy farms.

We did manage to find another amazing NZ playground for the kids at Levin, which made a good pit-stop towards the end of the journey when the kids were starting to flag. 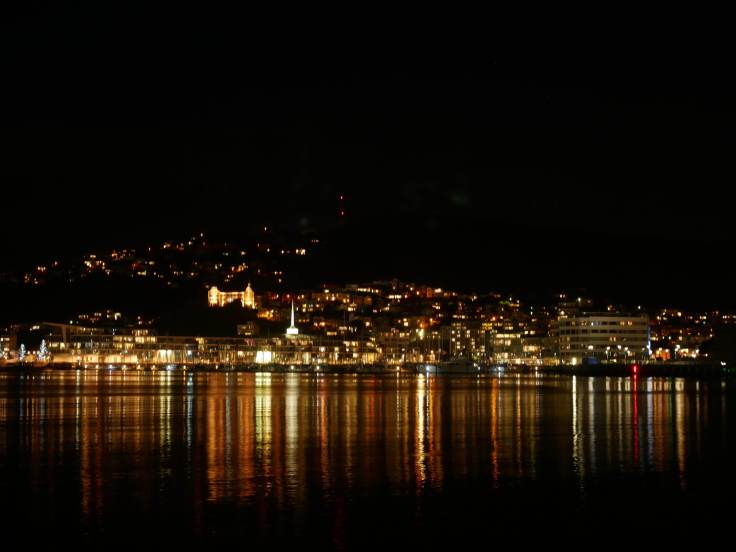 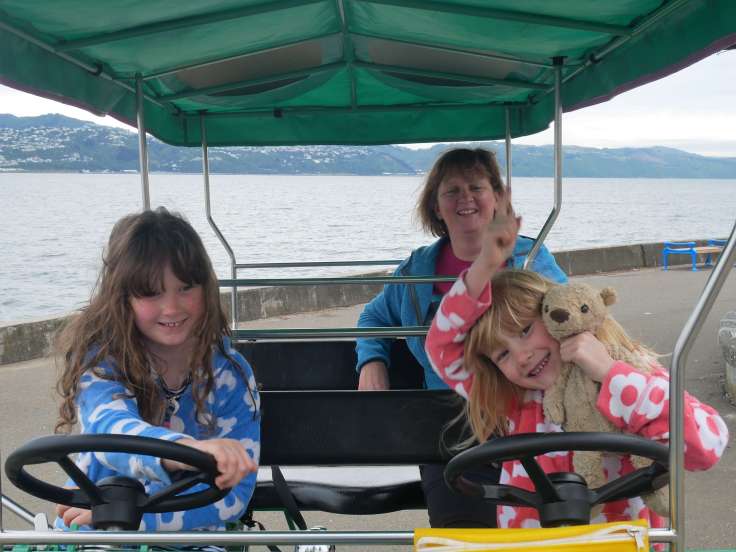 The kids managed to uncover an indoor climbing centre at Fergs Kayaks, where I somehow managed to get roped into belaying. 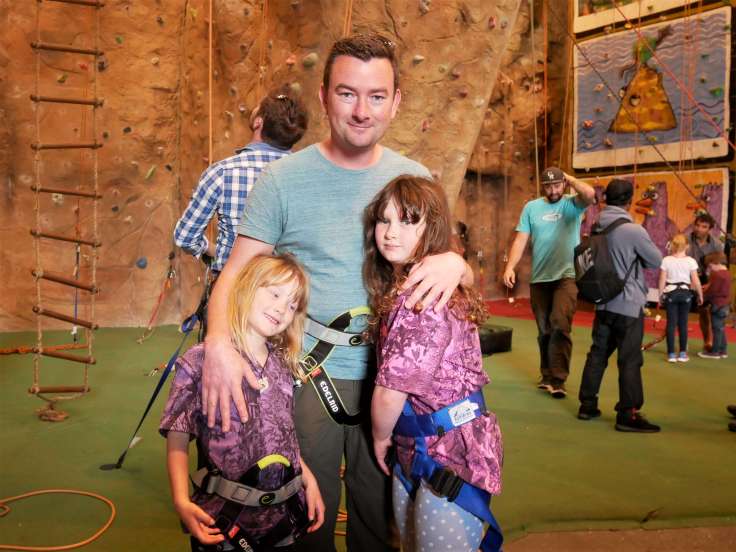 I don’t need much excuse to drag the kids around a museum, but in the case of Te Papa we’d already had so many recommendations to visit that we simply had to go.

In the heart Wellington harbour, Te Papa is open 364 days of the year and is free to enter. Because it was free to come and go, we decided to spread our visit over two days to avoid burn out.

Te Papa is currently hosting a Gallipoli exhibition, which absorbed most of our first visit. It was so good that the kids wanted to go around again on our second day.

The Gallipoli exhibition tells the story of New Zealand’s contribution to this first world war battle. The aim was to push back Turkish troops from the Dardanelles strait, to secure allied control of this important link to the Russian Empire.

After landing on 25th April 1915 (ANZAC day), a series of battles proved hugely costly in terms of human life, but little ground was ultimately gained and troops were eventually withdrawn in December 1915.

The Te Papa exhibition tells the story of Gallipoli through a series of rooms, with some excellent interactive maps of the battlefield. But what makes the story so compelling is the individual examples of heroism, told through readings of letters sent home.

The fact that any acts of insubordination would likely have resulted in being shot by your own side, probably helped with motivation. But it is still hard to comprehend the bravery involved in charging up a Turkish hill, miles from home, to almost certain death or injury.

Knowing little of NZ history before our visit, Te Papa was also a good chance to brush up on our local knowledge. We learned about the initial settlement of New Zealand around 800 years ago, by people from the Polynesian Islands, followed by stories of European settlement from the 1840’s onward.

Te Papa also turned out to be a good place to grab some lunch, which was a nice benefit. I would highly recommend trying one of the meat pies.

Having been slightly over-awed by the night markets in Kuala Lumpur, we decided to give the Wellington version a try. Centered around Cuba Street, a short stroll from the waterfront, was a delicious array of food stalls.

An eclectic, but tasty option for Saturday night dinner. We managed to eat from all corners of the world. Malaysian noodles, Spanish paella, Indian curry, all topped off with some Kiwi made waffles.

We managed to time our arrival into the windy city perfectly. There was no real wind and some late autumn sunshine.

Scorching Bay was only a 30-minute drive from our base in Lower Hutt, so we headed there to test out the water. It was freezing.

The beach was very lovely, and not particularly busy given it was a gorgeous sunny weekend.

At home, I’d expect hour-long queues just to get into the car park on a sunny Sunday at the seaside. But one of the benefits of being in a country larger than the UK but with only 4.5 million people living here, is that you don’t often need to queue because there’s not often many other people around.

One of the things I’m liking most about NZ is this glorious combination of amazing places to visit, without the usual crowds that you tend to get whenever there are nice things to do. Call me anti-social, but it’s just nice to turn up somewhere and know you can park the car and walk around without needing to pre-book anything.

Another thing that we’re all enjoying about being in NZ, is the quality of the playgrounds for kids. These may not be top of every traveller’s itinerary, but when you’re dotting around places with a 6 and 9-year old, then it’s very helpful to have a sprinkling of free amusements to smooth the day.

Wellington managed to have a good little playground in the middle of the waterfront, at Frank Kitts Park, plus another mega-complex of climbing nets and slides at Avalon Park, which was near our house in Lower Hutt. 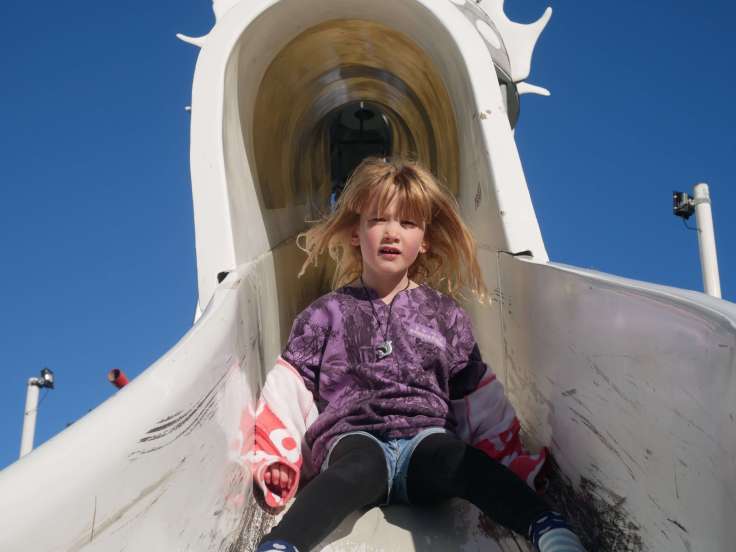 Given our lack of seafaring capabilities, we opted to catch the 45-minute plane ride to Nelson rather than the more scenic ferry route.

The kids thought it was amazing to sail through an airport without any security checks whatsoever, and they were even more amazed when we arrived into Nelson airport and were through the other side in around thirty seconds, waiting for our luggage to be deposited in the car park.

Cyclone Cook was supposedly heading in our direction and the weather forecast for much of NZ was covered in apocalyptic warnings of flooding and tsunamis.

It was lucky that I’d booked us into a beach house, in the sunshine capital of Nelson.

After a couple of wet days, where we managed to explore most of Nelson’s indoor attractions and swimming pools, we finally got a glimpse of the beach at Tuahanui.

Nelson’s Saturday morning market was a fun-filled collection of local food and craft stalls. We managed to emerge with full bellies and a couple of takeaway items, including a delicious local chocolate spread called Chocoyo.

Nelson is also well placed for day trips to the Abel Tasman national park, around an hour’s drive away. We made a visit to Kaiteri, on the southern tip of the park, which contained a brilliant turquoise sea and was just about warm enough to enjoy a swim. 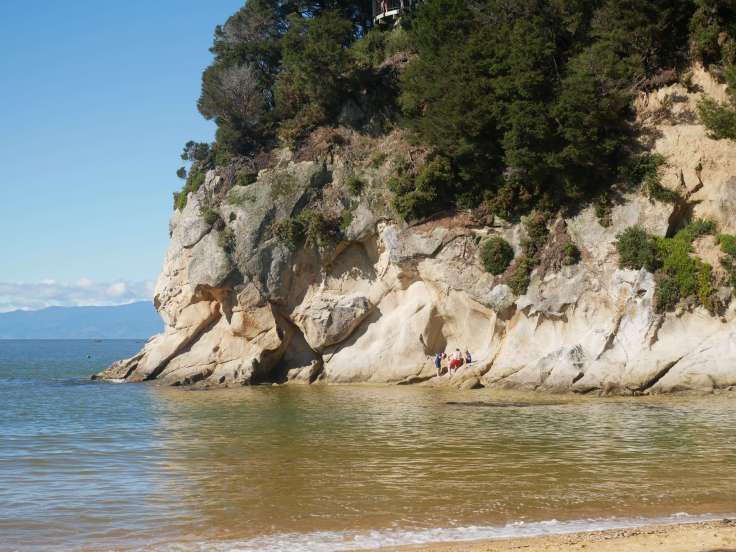 Kaiteri is the launch point for multiple cruises up the Abel Tasman coast, but we were happy enough to enjoy a day splashing in the shallows.

A pit stop in Hanmer Springs (“NZ’s Alpine Retreat”), followed by a few days in Christchurch.

6 thoughts on “Wellington to Nelson”