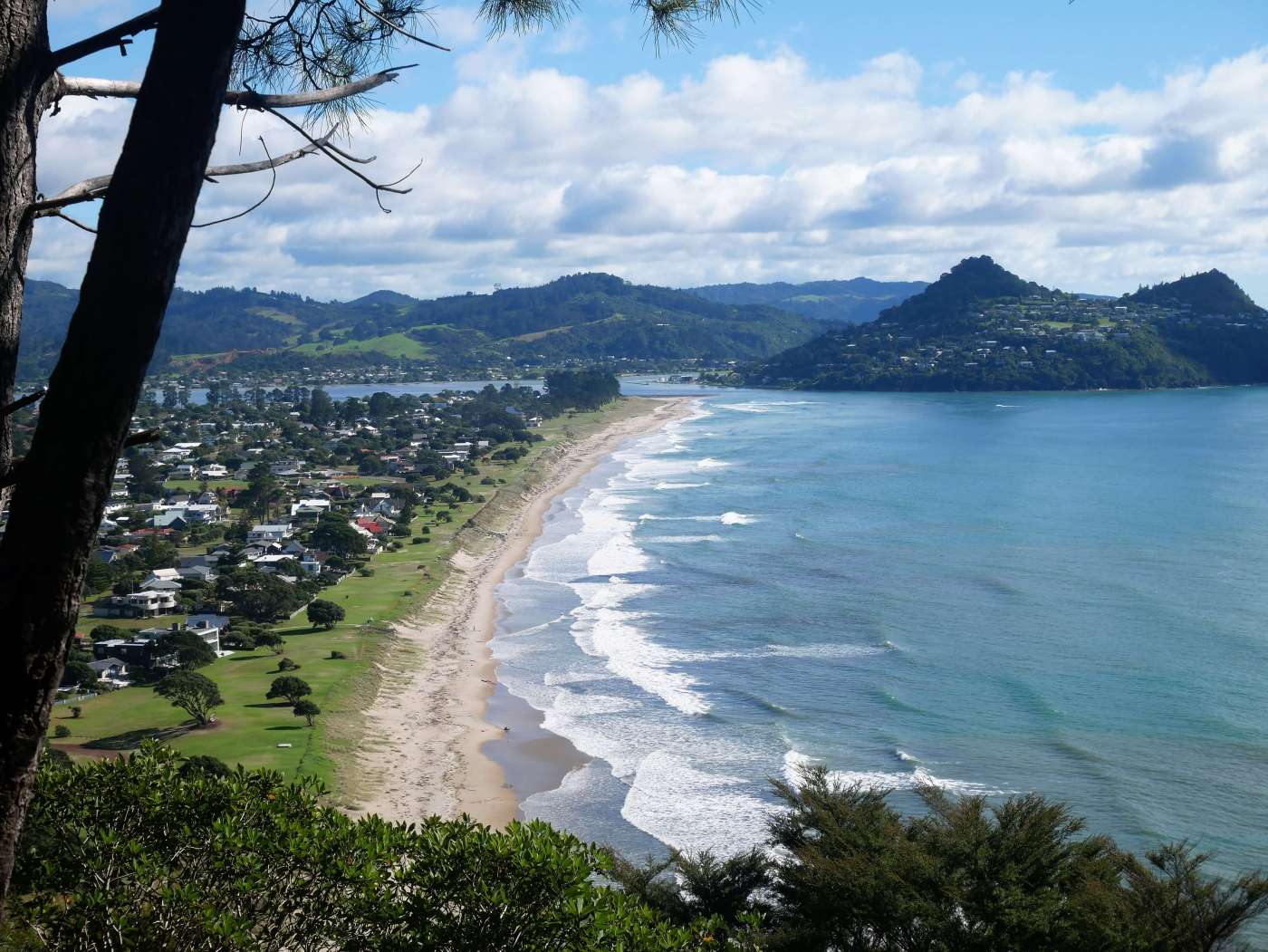 I have wanted to travel to New Zealand for as long as I can remember. I think it started when somebody once told me that it was a bit like home in the 1950’s.

I can’t remember whether this comment was said positively, but to me it sounded great.

I have often felt that I may have been born in the wrong era. An opportunity to travel back in time sounded like an excellent prospect.

After nearly eighteen months of planning our round the world trip, we finally arrived in Auckland, with a week to explore the city and the Coromandel.

We’re not generally a seafaring family.

So, when I first suggested we catch a boat from Auckland across to Devonport, there wasn’t much enthusiasm.

However, given that the total duration of the ferry in question is only 12 minutes, I persisted. We finally managed to get everybody on by the second day of our trip and got some lovely views back to the city. 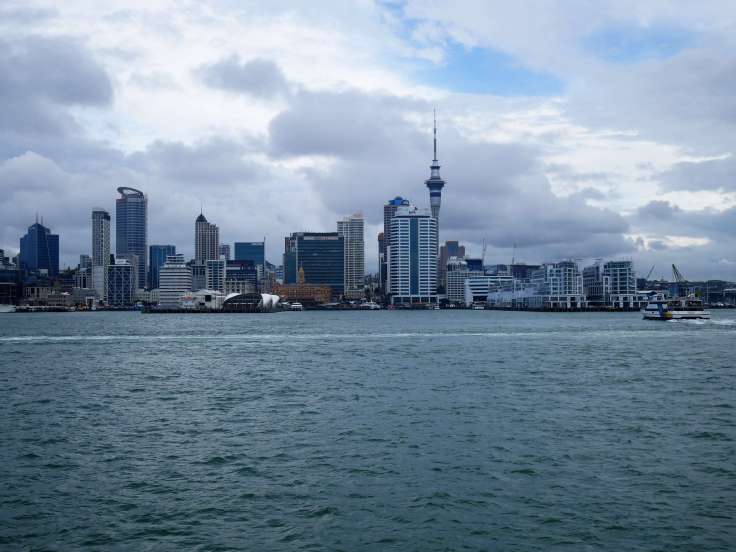 The sight of some huge cruise ships in Auckland harbour even got us thinking about one day taking a cruise. Baby steps are probably best though, as Anja was feeling slightly queasy on the return journey when we started travelling backwards. 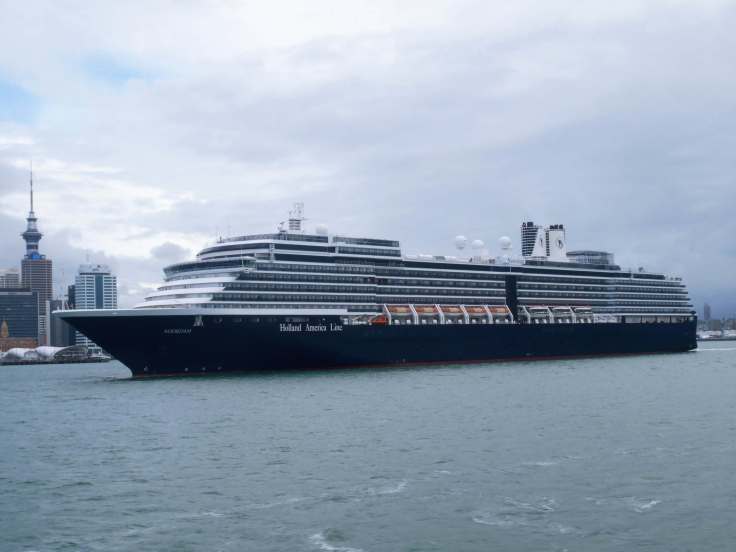 The destination of our harbour ferry was the seaside village of Devonport. There are views back to the Auckland city skyline, but this place feels like a million miles away from any urban bustle.

After some initial scepticism about reaching Devonport across open water, we all had a great time.

The harbour beach was ideal territory. Driftwood and shells to collect for imaginary play, soft sand to roll around in, and some low waves to jump whenever ships sailed by. 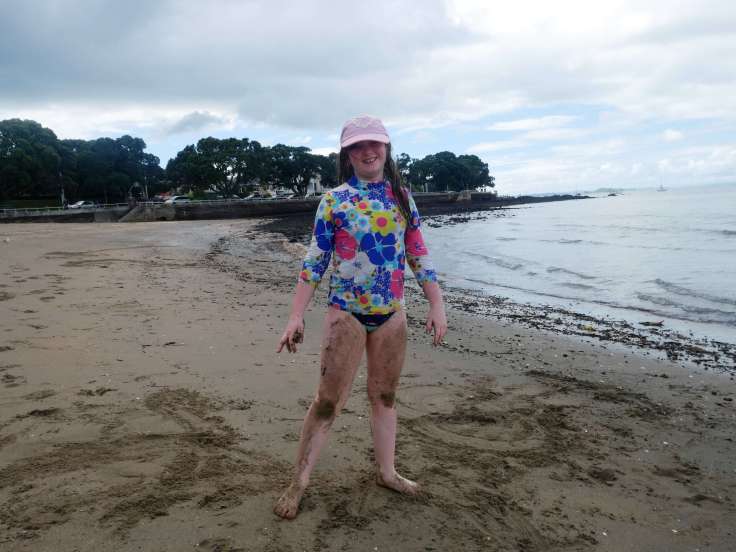 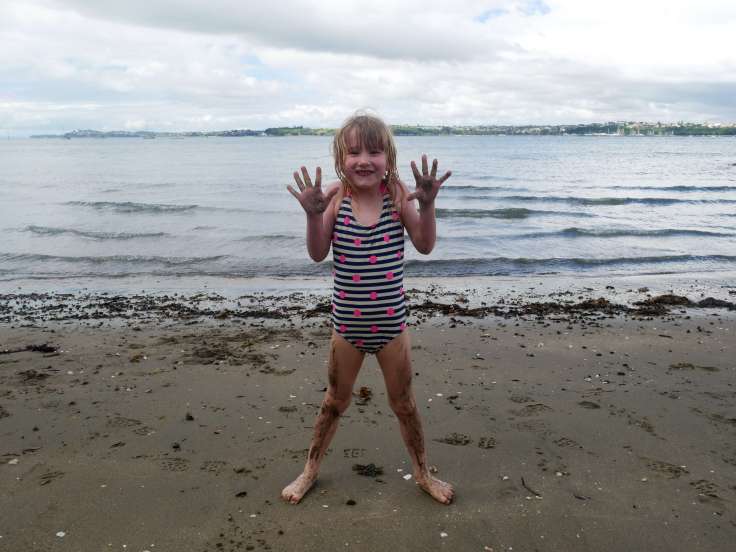 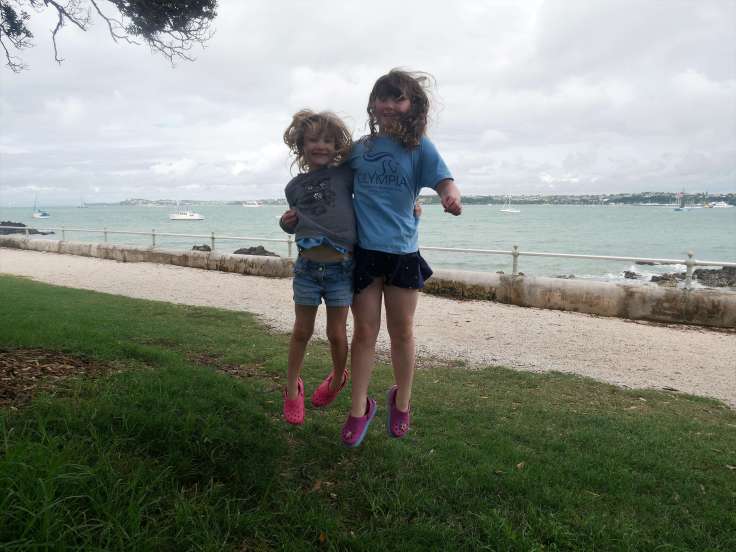 It was also good to see the local kids out practicing their cricket. Given half a chance I could watch a game of cricket, but instead I was put on lifeguard duties to make sure the kids didn’t wade too far out into the shipping lanes.

Devonport is also home to the New Zealand Royal Navy. I couldn’t get the kids to muster enough enthusiasm to visit the Navy Museum, but they did enjoy spotting the sailors walking around in their uniforms.

A similar concept to Cardiff Bay, but with better weather and more expensive looking yachts.

The Wynyard quarter was developed during the run up to the 2011 Rugby World Cup, transforming this industrial corner of Auckland harbour into a more people friendly space.

Remnants of industrial heritage still remain, including some pretty large storage tanks, but the area has now been filled with restaurants and bars.

It’s hard to beat having a nice cold beer at lunchtime, looking out across shimmering blue water at ships sailing off into the distance. Given half a chance I could happily have stayed all day, but this time I was put onto ferry watch, as the kids decided we should investigate the goings on with a local car ferry that was disembarking next to us.

Silo Park, at the far end of Wynyard quarter, also provided some amusement for the kids while they tried to get to grips with their jet lag.

Through no good planning on my part, but pure good fortune, we happened to be staying in Auckland on the weekend of an annual Pacific Island themed festival.

At Western Springs park, there was a riot of singing and dancing in full swing by the time we arrived.

A variety of Pacific Islands had taken over different corners of the park to showcase their talents. We only managed to get around a few islands. Each area was too good and we ran out of daylight and stamina.

We found the Maori stage first, and got amazingly lucky to witness a full-on haka within 24 hours of landing in NZ. We then toured around the Cook Islands and Hawaii, with the kids totally absorbed by the costumes and dancing.

The only disappointment from our first day in Auckland was that I’d somehow managed to exhaust our camera of battery power. I got a few snaps on my phone, but it’s not the same. I’ve hopefully learned my lesson.

A tourist classic, well on the beaten path, but still a highlight of our time on the Coromandel Peninsula. 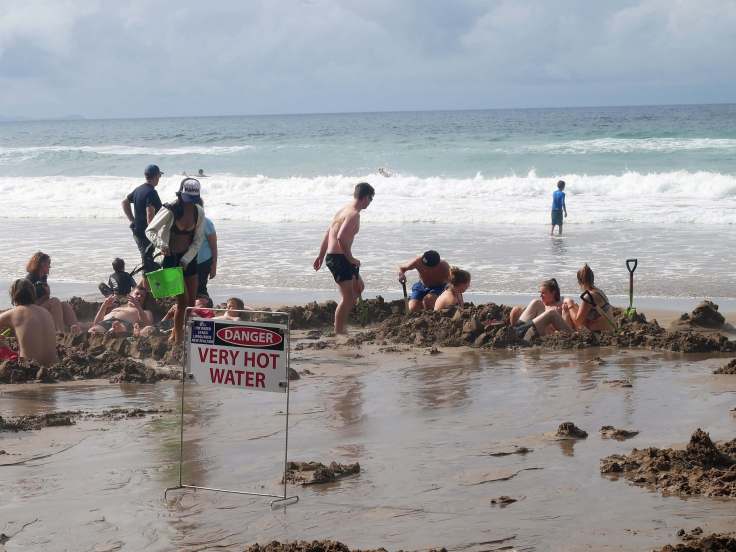 The hot water in question is easily accessible on the beach, but you do need to arrive two hours either side of low tide. You simply dig yourself a small, paddling pool sized hole and you’re done.

You can even rent shovels from the beach side cafe, if like us you’re travelling light and without garden tools.

The water temperature ranges from lukewarm to boiling hot, so a little trial and error was necessary to get a pool at comfortable lounging temperature. 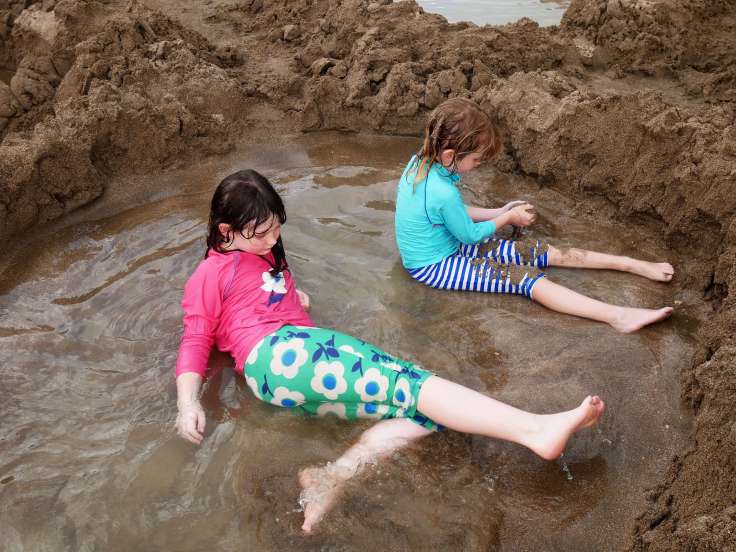 The waves looked ideal for surfing, but not so great for swimming. The lifeguards were very active, continually diving out to rescue tourists who’d decided to cool off in the sea, despite warnings about rip tides.

Our home for three days, Pauanui was covered in forest until the 1970’s. It was then developed as a holiday home retreat, with just a few locals standing guard during off-season.

The location is incredible, on the east coast of the Coromandel, with Mt Pauanui towering over a 2-mile long pacific beach.

We had nearly the whole place to ourselves, apart from some local kids running a surf competition one afternoon.

We recklessly decided to tackle Mt Pauanui one morning. A climb of 400 metres didn’t sound too much and the kids were feeling energetic.

I’m not entirely sure how far we got, but after an hour of climbing an increasingly steep and narrow path, we decided to turn back. The prospect of having to carry the kids downhill was playing on my mind. I think we got pretty high and the views were still amazing. 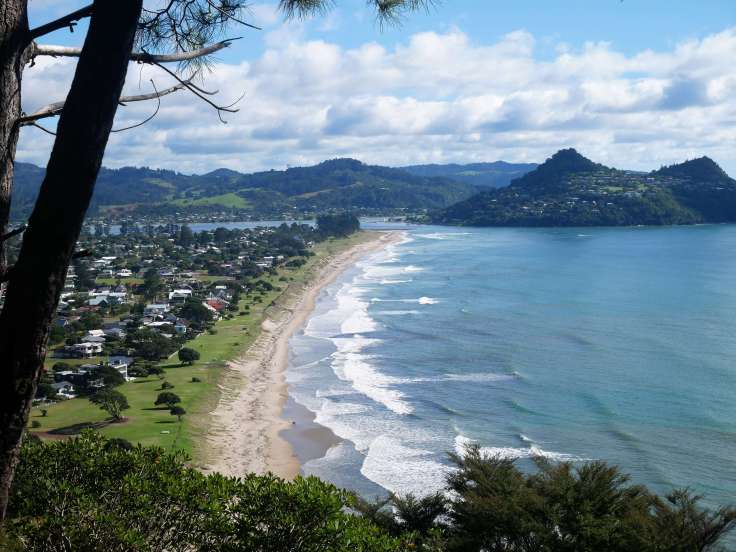 We were more sensible after our mountaineering expedition, and enjoyed some time on the beach. Kiera was born to swim and she’s now getting confident swimming into waves much bigger than I like. She wants to try surfing now, so we’ll be on the lookout for some lessons when we’re next on the coast.

We’re heading inland, towards Rotorua and Lake Taupo, staying for a week on a dairy farm in the Waikite Valley. It’s then onto Wellington to explore the capital, before we say goodbye to the North Island and head south.

2 thoughts on “Our Favourite Kiwi Experiences – Auckland to Coromandel”