It didn’t feel quite right to be heading back to the airport after just 36 hours in Dubai, but we’d booked our flight to Kuala Lumpur several months ago, and were keen to get our trip back on track.

Qatar airways offered the cheapest option out of Dubai, but required a short hop back to Doha.

Doha is the most expensive looking airport I’ve ever seen. It makes Heathrow look like something from the 19th century. Everywhere was polished marble or gleaming metal, and the kids were satisfied to find a playground to burn off some steam.

It was an overnight flight to Kuala Lumpur, but fortunately the novelty of seat back screens had worn off enough to allow the kids to get a couple of hours’ sleep.

We’re using Airbnb for most of our accommodation on this trip, and our place in Kuala Lumpur was perfect. It was in a great location on Jalan Ceylon, with views across to both the KL and Petronas Towers. It gave us more space than we’d find in a hotel room and there was a shared pool.

Meal Times On The Road

Having now jumped forward 8 hours from London time in the space of a few days, it was still feeling slightly unusual to be having dinner at breakfast time.

On our first foray down Jalan Ceylon’s main street, the kids were desperate for something familiar to eat. This usually means they want Indian curry, roast chicken, or pizza / pasta.

One of the beauties of travelling with kids, I think, is that the occasional compromise is necessary to preserve harmony. Sometimes this may come at the expense of experiencing new things. Sometimes, perhaps we could push the kids harder to move out of their comfort zone. I suspect it’s a question of choosing your moments though.

For example, the kids were initially reluctant to leave school and all their friends to come travelling. After much discussion and lots of encouragement, they appear to be settling very well into their new way of life.

But it’s not always possible to put so much effort into every decision, and not all decisions are so important in the grand scheme of things.

So on our first night in Asia, we had dinner at a place called ‘The Italian Market’. The kids were happy and the food was very nice. 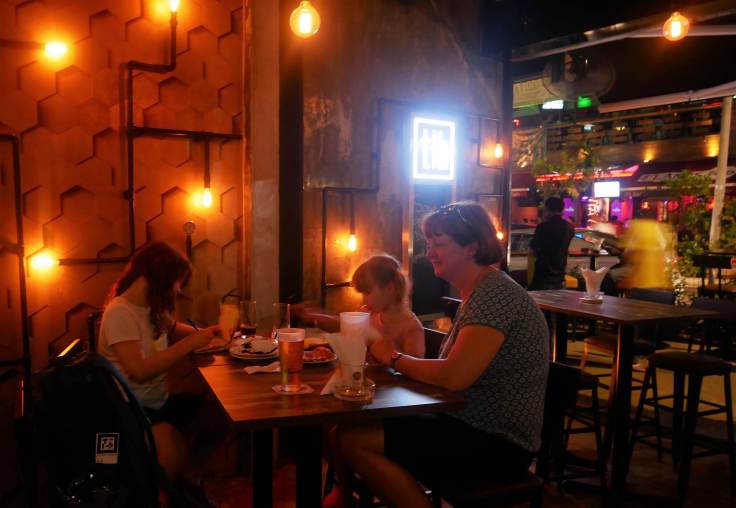 On our first full day in town, we ventured across to KLCC. The kids got to spend some time in the huge playground and paddling pools, while I got to take a trip up the Petronas Towers.

Kiera is happiest in water and least happy in a lift going up tall buildings. Lexi is extremely happy nearly anywhere, apart from when we’re asking her to eat vegetables. So Lexi and I ventured up the towers to take in the views and walk across the sky bridge, while Kiera kept her feet planted firmly to the ground floor.

It was now one week since Lexi’s operation and so time for her bandage to come off.

Anja deals with all medical related matters as part of our neat division of labour. My contribution was to take some photos of the big moment. 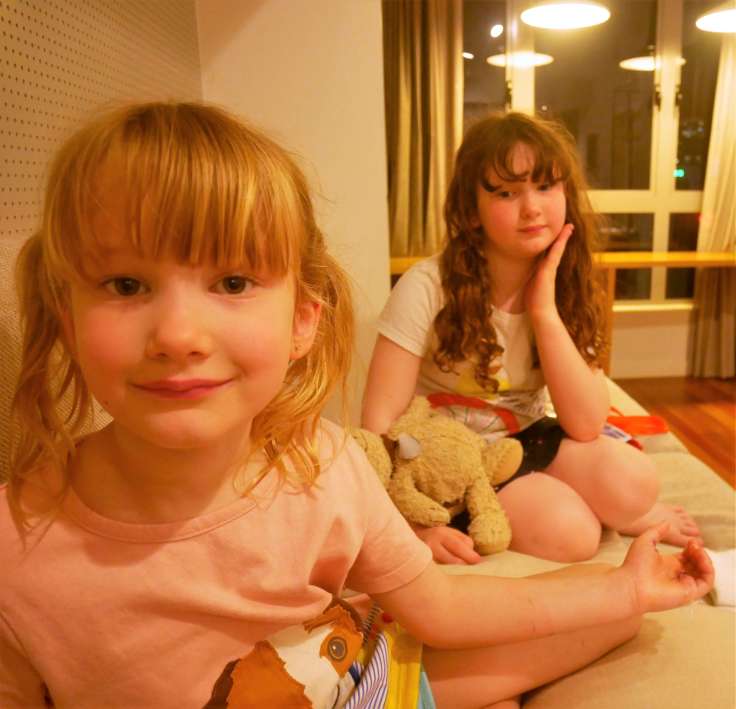 Lexi was surprised that her hand wasn’t instantly back to normal, and she seemed a bit scared by the sight of her stitches.

More worrying was the fact that her injured finger seemed to be stuck in a bent position, much as it had been before the operation. We told ourselves that this was just because her hand had been stuck in the same position for a week and needed some time to straighten out.

This didn’t come as much comfort to Lexi, who now hand a hand covered in scars and sore fingers.

This moment did at least provide us with the best quote of the trip so far, courtesy of our walking wounded six-year-old, who decided that her hand “would at least be useful for Halloween”.

New Zealand here we come. Plan is to start off from Auckland and travel down and around both islands. Really looking forward to exploring Auckland, but also getting out into the heart of New Zealand.

More importantly, looking forward to Lexi hopefully regaining full use of her hand.

One thought on “Flying Visit to Kuala Lumpur”